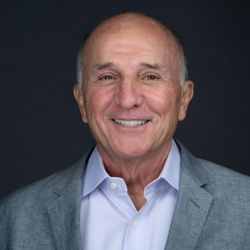 Thomas E. Poche’ is a founder and operator principal of Shelf Energy, LLC. Mr. Poche’ has both major and independent company experience in drilling, production and reservoir engineering. Since 1980, Mr. Poche’ has worked in evaluating and developing properties in the Gulf of Mexico along the coasts of Texas, Louisiana, Mississippi and Alabama. Mr. Poche’ has been an oil and gas independent since 2002 with a prior 20 year background with the Unocal Corporation, Ocean Energy and Triangle Oil & Gas. Mr. Poche’ received his Bachelor of Science in Mechanical Engineering from the University of Houston in 1980.Mr. Poche has served as a member of the Lafayette Chamber of Commerce Oil & Gas Committee. He is also a Lifetime Member of the Lafayette Chamber of Commerce President’s Club. He has served on the board of the Society of Petroleum Engineers as a member, officer and chairman. Mr. Poche has also served as the Program Chair for the Society of Independent Petroleum Earth Scientists.Mr. Poche is a current member of the Society of Petroleum Engineers, the Society of Independent Petroleum Earth Scientists, IPAA and LOGA. He also is a current member of the Rotary Club of Lafayette, and he serves as a Deacon at the First Baptist Church of Lafayette.